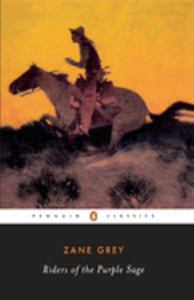 Riders of the Purple Sage by Zane Grey

In 1871 Utah, young Jane Withersteen is courted by Elder Tull, the leader of her polygamous Mormon church. When Jane refuses, the local Mormons persecute her. Meanwhile, Jane’s friend, Bern Venters, is captured by Tull’s posse and faces a harsh sentence. Jane defends him, causing even more friction with the Mormon populace. Enter Lassiter, a friend to Venters and an infamous gunslinger. His appearance causes Tull and his men to release Venters and flee – sparking a conflict that leaves Jane questioning her loyalties, Venters finding love, and Lassiter seeking revenge. 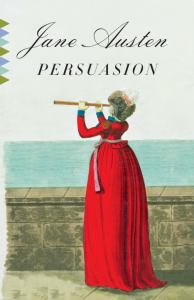 Anne Elliot lives at Kellynch Hall with her two sisters and vain father Sir Walter. When financial struggles begin to affect the Elliot family, they decide to move to Bath. Anne decides to visit before the move, and runs into many old friends. Most surprisingly she is reunited with Fredrick Wentworth, a past fiancé who under advice from her father and friend Lady Russell never married. Wentworth’s lack of wealth and rank in the community were their main concerns and therefore eight years later Anne is still unmarried with little romantic prospects. However, through her journey and move Anne may find that what she has been looking for was right in front of her the whole time. 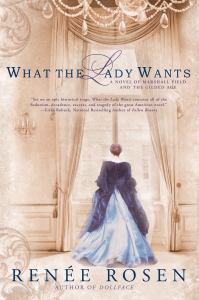 What the Lady Wants by Renee Rosen

In late-nineteenth-century Chicago, visionary retail tycoon Marshall Field made his fortune wooing women customers with his famous motto: “Give the lady what she wants.” His legendary charm also won the heart of socialite Delia Spencer and led to an infamous love affair.

The night of the Great Fire, as seventeen-year-old Delia watches the flames rise and consume what was the pioneer town of Chicago, she can’t imagine how much her life, her city, and her whole world are about to change. Nor can she have guess that the agent of that change will not simply be the fire, but more so the man she meets that night….

Leading the way in rebuilding after the fire, Marshall Field reopens his well-known dry goods store and transforms it into something the world has never seen before: a glamorous palace of a department store. He and his powerhouse coterie—including Potter Palmer and George Pullman—usher in the age of robber barons, the American royalty of their generation.

But behind the opulence, their private lives are riddled with scandal and heartbreak. Delia and Marshall first turn to each other out of loneliness, but as their love deepens, they will stand together despite disgrace and ostracism, through an age of devastation and opportunity, when an adolescent Chicago is transformed into the gleaming White City of the Chicago’s World’s Fair of 1893. 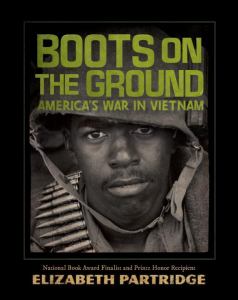 Boots on the Ground: America’s War in Vietnam by Elizabeth Partridge

In March 1965 President Lyndon B. Johnson sent troops into Vietnam. 57,939 American soldiers would be killed and seventeen years would pass before this controversial chapter of American history concluded with the dedication of the Vietnam Veterans Memorial in 1982.

The history of this era is complex; the cultural impact extraordinary. But it’s the personal stories of eight people—six American soldiers, one American nurse, and one Vietnamese refugee—that form the heartbeat of Boots on the Ground. From dense jungles and terrifying firefights to chaotic medic rescues and evacuations, each individual’s story reveals a different facet of the war and moves us forward in time. Alternating with these chapters are profiles of key American leaders and events, reminding us what was happening at home, including Kent State, Woodstock, and Watergate. This show-stopping book is Elizabeth Partridge at her finest. 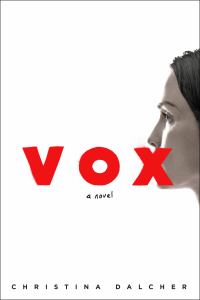 On the day the government decrees that women are no longer allowed more than one hundred words per day, Dr. Jean McClellan is in denial. This can’t happen here. Not in America. Not to her. This is just the beginning. Soon women are not permitted to hold jobs. Girls are not taught to read or write. Females no longer have a voice. Before, the average person spoke sixteen thousand words each day, but now women have only one hundred to make themselves heard. For herself, her daughter, and every woman silenced, Jean will reclaim her voice. 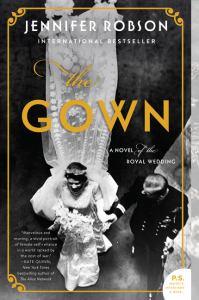 The Gown by Jennifer Robson

From the internationally bestselling author of Somewhere in France comes an enthralling historical novel about one of the most famous wedding dresses of the twentieth century—Queen Elizabeth’s wedding gown—and the fascinating women who made it.
“Millions will welcome this joyous event as a flash of color on the long road we have to travel.”
—Sir Winston Churchill on the news of Princess Elizabeth’s forthcoming wedding
London, 1947: Besieged by the harshest winter in living memory, burdened by onerous shortages and rationing, the people of postwar Britain are enduring lives of quiet desperation despite their nation’s recent victory. Among them are Ann Hughes and Miriam Dassin, embroiderers at the famed Mayfair fashion house of Norman Hartnell. Together they forge an unlikely friendship, but their nascent hopes for a brighter future are tested when they are chosen for a once-in-a-lifetime honor: taking part in the creation of Princess Elizabeth’s wedding gown.
Toronto, 2016: More than half a century later, Heather Mackenzie seeks to unravel the mystery of a set of embroidered flowers, a legacy from her late grandmother. How did her beloved Nan, a woman who never spoke of her old life in Britain, come to possess the priceless embroideries that so closely resemble the motifs on the stunning gown worn by Queen Elizabeth II at her wedding almost seventy years before? And what was her Nan’s connection to the celebrated textile artist and holocaust survivor Miriam Dassin?
With The Gown, Jennifer Robson takes us inside the workrooms where one of the most famous wedding gowns in history was created. Balancing behind-the-scenes details with a sweeping portrait of a society left reeling by the calamitous costs of victory, she introduces readers to three unforgettable heroines, their points of view alternating and intersecting throughout its pages, whose lives are woven together by the pain of survival, the bonds of friendship, and the redemptive power of love. 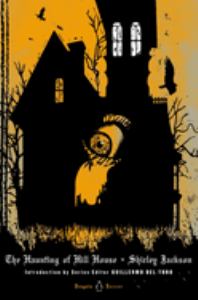 The Haunting of Hill House by Shirley Jackson

The Haunting Four seekers have come to the ugly, abandoned old mansion: Dr. Montague, an occult scholar looking for solid evidence of the psychic phenomenon called haunting; Theodara, his lovely and lighthearted assistant; Eleanor, the lonely, homeless girl well acquainted with poltergeists; and Luke, the adventurous future heir of Hill House. At first, their stay seems destined to be merely a spooky encounter with inexplicable noises and self-closing doors, but Hill House is gathering its powers and will soon choose one of them to make its own. 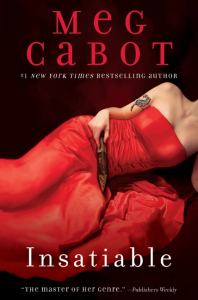 Meena Harper, forced to write about vampires even though she doesn’t believe in them, falls in love with Lucien Antonescu, a modern-day prince with a bit of a dark side. It’s a dark side a lot of people, like an ancient society of vampire hunters, would prefer to see him dead for. The problem is: Lucien’s already dead! And while Lucien seems like everything Meena has ever dreamed of in a boyfriend, he might turn out to be more like a nightmare. 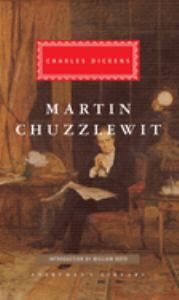 Wealthy and old, Martin Chuzzlewit, Sr., is surrounded by greedy relatives hoping to obtain a portion of his estate upon his death. His two descendants, Martin, Jr., and Jonas, have been born and bred in the same heritage of selfishness, the Chuzzlewit tradition.

Set partly in America, of which Dickens offers a searing satire, this novel follows and contrasts the opposing fates of Martin and Jonas. While one achieves worldly success and, eventually, moral redemption, the other sinks deeper into the darkness—and pays the ultimate price.

This powerful black comedy is a tale of hypocrisy, greed, and blackmail, and it introduces the most famous of Dickens’ grotesques: Mrs. Gamp. 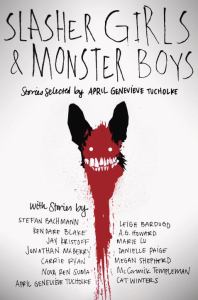 For fans of Stephen King, Neil Gaiman, American Horror Story and The Walking Dead comes a powerhouse anthology featuring some of the best thriller and horror writers in YA.
A host of the sharpest young adult authors come together in this collection of terrifying tales and psychological thrillers. Each author draws from a mix of literature, film, television, and music to create something new and fresh and unsettling. Clever readers will love teasing out the references and can satisfy their curiosity at the end of each tale, where the inspiration is revealed. There are no superficial scares here; these are stories that will make you think even as they keep you on the edge of your seat. From blood horror, to the supernatural, to unsettling, all-too-possible realism, this collection has something for anyone looking for an absolute thrill.
Stefan Bachmann
Leigh Bardugo
Kendare Blake
A. G. Howard
Jay Kristoff
Marie Lu
Jonathan Maberry
Danielle Paige
Carrie Ryan
Megan Shepherd
Nova Ren Suma
McCormick Templeman
April Genevieve Tucholke
Cat Winters