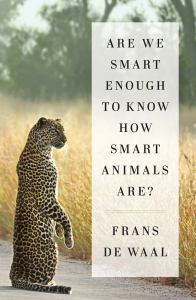 Are We Smart Enough to Know How Smart Animals Are? by Frans de Waal

What separates your mind from an animal’s? Maybe you think it’s your ability to design tools, your sense of self, or your grasp of past and future—all traits that have helped us define ourselves as the planet’s preeminent species. But in recent decades, these claims have eroded, or even been disproven outright, by a revolution in the study of animal cognition. Take the way octopuses use coconut shells as tools; elephants that classify humans by age, gender, and language; or Ayumu, the young male chimpanzee at Kyoto University whose flash memory puts that of humans to shame. Based on research involving crows, dolphins, parrots, sheep, wasps, bats, whales, and of course chimpanzees and bonobos, Frans de Waal explores both the scope and the depth of animal intelligence. He offers a firsthand account of how science has stood traditional behaviorism on its head by revealing how smart animals really are, and how we’ve underestimated their abilities for too long. 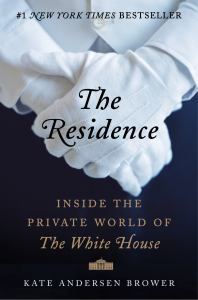 The Residence: Inside the Private World of the White House by Kate Andersen Brower

America’s First Families are unknowable in many ways. No one has insight into their true character like the people who serve their meals and make their beds every day. Full of stories and details by turns dramatic, humorous, and heartwarming, The Residence reveals daily life in the White House as it is really lived through the voices of the maids, butlers, cooks, florists, doormen, engineers, and others who tend to the needs of the President and First Family.

These dedicated professionals maintain the six-floor mansion’s 132 rooms, 35 bathrooms, 28 fireplaces, three elevators, and eight staircases, and prepare everything from hors d’oeuvres for intimate gatherings to meals served at elaborate state dinners. Over the course of the day, they gather in the lower level’s basement kitchen to share stories, trade secrets, forge lifelong friendships, and sometimes even fall in love.

AVAILABLE FOR IMMEDIATE CHECKOUT ON HOOPLA
E-BOOK OR AUDIOBOOK 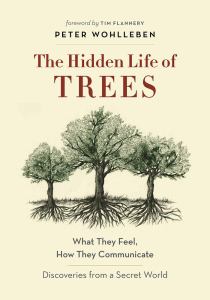 The Hidden Life of Trees by Peter Wohlleben

Are trees social beings? In this international bestseller, forester and author Peter Wohlleben convincingly makes the case that, yes, the forest is a social network. He draws on groundbreaking scientific discoveries to describe how trees are like human families: tree parents live together with their children, communicate with them, support them as they grow, share nutrients with those who are sick or struggling, and even warn each other of impending dangers. Wohlleben also shares his deep love of woods and forests, explaining the amazing processes of life, death, and regeneration he has observed in his woodland.

After learning about the complex life of trees, a walk in the woods will never be the same again.

AVAILABLE FOR IMMEDIATE CHECKOUT ON HOOPLA
E-BOOK OR AUDIOBOOK

The Monster of Florence 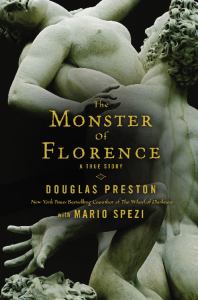 In 2000, Douglas Preston fulfilled a dream to move his family to Italy. Then he discovered that the olive grove in front of their 14th century farmhouse had been the scene of the most infamous double-murders in Italian history, committed by a serial killer known as the Monster of Florence. Preston, intrigued, meets Italian investigative journalist Mario Spezi to learn more.
This is the true story of their search for–and identification of–the man they believe committed the crimes, and their chilling interview with him. And then, in a strange twist of fate, Preston and Spezi themselves become targets of the police investigation. Preston has his phone tapped, is interrogated, and told to leave the country. Spezi fares worse: he is thrown into Italy’s grim Capanne prison, accused of being the Monster of Florence himself.
Like one of Preston’s thrillers, The Monster of Florence, tells a remarkable and harrowing story involving murder, mutilation, and suicide-and at the center of it, Preston and Spezi, caught in a bizarre prosecutorial vendetta. 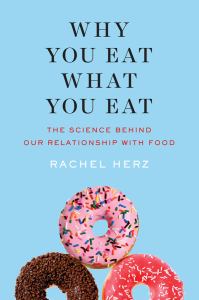 Why You Eat What You Eat: The Science Behind Our Relationship With Food

How is personality correlated with preference for sweet or bitter foods? What genres of music best enhance the taste of red wine? With clear and compelling explanations of the latest research, Rachel Herz explores these questions and more in this lively book. Why You Eat What You Eat untangles the sensory, psychological, and physiological factors behind our eating habits, pointing us to a happier and healthier way of engaging with our meals.

She’s the creator and producer of some of the most groundbreaking and audacious shows on television today. Her iconic characters live boldly and speak their minds. So who would suspect that Shonda Rhimes is an introvert? That she hired a publicist so she could avoid public appearances? That she suffered panic attacks before media interviews?

With three children at home and three hit television shows, it was easy for Shonda to say she was simply too busy. But in truth, she was also afraid. And then, over Thanksgiving dinner, her sister muttered something that was both a wake up and a call to arms: You never say yes to anything. Shonda knew she had to embrace the challenge: for one year, she would say YES to everything that scared her.

This poignant, intimate, and hilarious memoir explores Shonda’s life before her Year of Yes—from her nerdy, book-loving childhood to her devotion to creating television characters who reflected the world she saw around her. The book chronicles her life after her Year of Yes had begun—when Shonda forced herself out of the house and onto the stage; when she learned to explore, empower, applaud, and love her truest self. Yes.