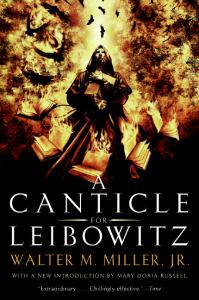 A Canticle for Leibowitz by Walter Mill

In the depths of the Utah desert, long after the Flame Deluge has scoured the earth clean, a monk of the Order of Saint Leibowitz has made a miraculous discovery: holy relics from the life of the great saint himself, including the blessed blueprint, the sacred shopping list, and the hallowed shrine of the Fallout Shelter.

In a terrifying age of darkness and decay, these artifacts could be the keys to mankind’s salvation. But as the mystery at the core of this groundbreaking novel unfolds, it is the search itself—for meaning, for truth, for love—that offers hope for humanity’s rebirth from the ashes. 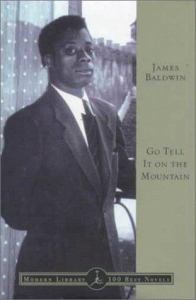 Go Tell it to the Mountain by James Baldwin

Go Tell It On The Mountain, first published in 1953, is Baldwin’s first major work, a semi-autobiographical novel that has established itself as an American classic. With lyrical precision, psychological directness, resonating symbolic power, and a rage that is at once unrelenting and compassionate, Baldwin chronicles a fourteen-year-old boy’s discovery of the terms of his identity as the stepson of the minister of a storefront Pentecostal church in Harlem one Saturday in March of 1935. Baldwin’s rendering of his protagonist’s spiritual, sexual, and moral struggle of self-invention opened new possibilities in the American language and in the way Americans understand themselves. 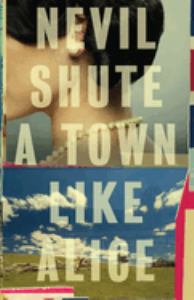 Jean Paget, a young Englishwoman living in Malaya, is captured by the invading Japanese and forced on a brutal seven-month death march with dozens of other women and children. A few years after the war, Jean is back in England, the nightmare behind her. However, an unexpected inheritance inspires her to return to Malaya to give something back to the villagers who saved her life. But it turns out that they have a gift for her as well: the news that the young Australian soldier, Joe Harmon, who had risked his life to help the women, had miraculously survived. Jean’s search for Joe leads her to a desolate Australian outpost called Willstown, where she finds a challenge that will draw on all the resourcefulness and spirit that carried her through her war-time ordeals 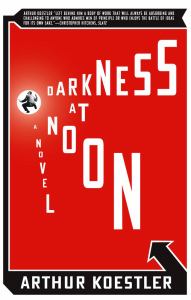 Originally published in 1941, Arthur Koestler's modern masterpiece, Darkness At Noon, is a powerful and haunting portrait of a Communist revolutionary caught in the vicious fray of the Moscow show trials of the late 1930s. 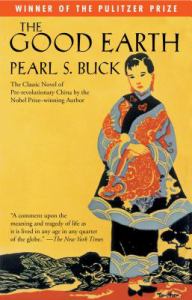 This tells the poignant tale of a Chinese farmer and his family in old agrarian China. The humble Wang Lung glories in the soil he works, nurturing the land as it nurtures him and his family. Nearby, the nobles of the House of Hwang consider themselves above the land and its workers; but they will soon meet their own downfall.

Hard times come upon Wang Lung and his family when flood and drought force them to seek work in the city. The working people riot, breaking into the homes of the rich and forcing them to flee. When Wang Lung shows mercy to one noble and is rewarded, he begins to rise in the world, even as the House of Hwang falls.

The spectacular, history-making first novel about a young man’s coming of age by literary legend Thomas Wolfe, first published in 1929 and long considered a classic of twentieth century literature.

A legendary author on par with William Faulkner and Flannery O’Connor, Thomas Wolfe published Look Homeward, Angel, his first novel, about a young man’s burning desire to leave his small town and tumultuous family in search of a better life, in 1929. It gave the world proof of his genius and launched a powerful legacy.

The novel follows the trajectory of Eugene Gant, a brilliant and restless young man whose wanderlust and passion shape his adolescent years in rural North Carolina. Wolfe said that Look Homeward, Angelis “a book made out of my life,” and his largely autobiographical story about the quest for a greater intellectual life has resonated with and influenced generations of readers, including some of today’s most important novelists. Rich with lyrical prose and vivid characterizations, this twentieth-century American classic will capture the hearts and imaginations of every reader.