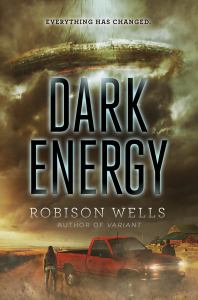 We are not alone. They are here. And there’s no going back. Perfect for fans of The Fifth Wave and the I Am Number Four series, Dark Energy is a thrilling stand-alone science fiction adventure from Robison Wells, critically acclaimed author of Variant and Blackout. Five days ago, a massive UFO crashed in the Midwest. Since then, nothing-or no one-has come out. If it were up to Alice, she’d be watching the fallout on the news. But her dad is director of special projects at NASA, so she’s been forced to enroll in a boarding school not far from the crash site. Alice is right in the middle of the action, but even she isn’t sure what to expect when the aliens finally emerge. Only one thing is clear: everything has changed. 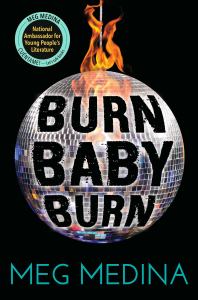 Nora Lopez is seventeen during the infamous New York summer of 1977, when the city is besieged by arson, a massive blackout, and a serial killer named Son of Sam who shoots young women on the streets. Nora’s family life isn’t going so well either: her bullying brother, Hector, is growing more threatening by the day, her mother is helpless and falling behind on the rent, and her father calls only on holidays. All Nora wants is to turn eighteen and be on her own. And while there is a cute new guy who started working with her at the deli, is dating even worth the risk when the killer likes picking off couples who stay out too late? Award-winning author Meg Medina transports us to a time when New York seemed balanced on a knife-edge, with tempers and temperatures running high, to share the story of a young woman who discovers that the greatest dangers are often closer than we like to admit—and the hardest to accept. 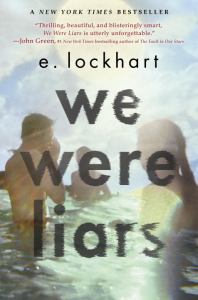 We Were Liars by E. Lockhart

A beautiful and distinguished family.
A private island.
A brilliant, damaged girl; a passionate, political boy.
A group of four friends—the Liars—whose friendship turns destructive.
A revolution. An accident. A secret.
Lies upon lies.
True love.
The truth. 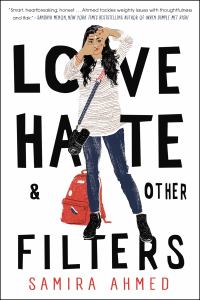 Seventeen-year-old Maya Aziz is torn between worlds. There’s the proper one her parents expect for their good Indian daughter: attending a college close to their suburban Chicago home and being paired off with an older Muslim boy her mom deems “suitable.” And then there is the world of her dreams: going to film school and living in New York City—and pursuing a boy she’s known from afar since grade school.

But in the aftermath of a horrific crime perpetrated hundreds of miles away, her life is turned upside down. The community she’s known since birth becomes unrecognizable; neighbors and classmates are consumed with fear, bigotry, and hatred. Ultimately, Maya must find the strength within to determine where she truly belongs. 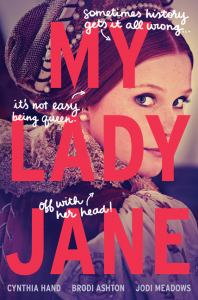 Edward (long live the king) is the King of England. He’s also dying, which is inconvenient, as he’s only sixteen and he’d much rather be planning for his first kiss than considering who will inherit his crown…

Jane (reads too many books) is Edward’s cousin, and far more interested in books than romance. Unfortunately for Jane, Edward has arranged to marry her off to secure the line of succession. And there’s something a little odd about her intended…

Gifford (call him G) is a horse. That is, he’s an Eðian (eth-y-un, for the uninitiated). Every day at dawn he becomes a noble chestnut steed—but then he wakes at dusk with a mouthful of hay. It’s all very undignified.

The plot thickens as Edward, Jane, and G are drawn into a dangerous conspiracy. With the fate of the kingdom at stake, our heroes will have to engage in some conspiring of their own. But can they pull off their plan before it’s off with their heads?

Seventeen-year-old Cardinal has escaped the virus that ravaged his town, leaving its victims alive but without their memories. He chooses to remain in the quarantined zone, caring for a group of orphaned kids in a mountain camp with the help of the former brutal school bully, now transformed by the virus into his best friend. But then a strong-willed and mysterious young woman appears, and the closed-off world Cardinal has created begins to crumble.