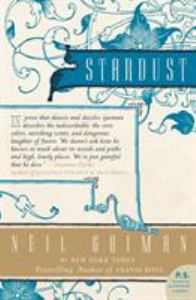 In the sleepy English countryside of decades past, there is a town that has stood on a jut of granite for six hundred years. And immediately to the east stands a high stone wall, for which the village is named. Here in the town of Wall, Tristran Thorn has lost his heart to the hauntingly beautiful Victoria Forester. One crisp October night, as they watch, a star falls from the sky, and Victoria promises to marry Tristran if he’ll retrieve that star and bring it back for her. It is this promise that sends Tristran through the only gap in the wall, across the meadow, and into the most unforgettable adventure of his life.